Indoor cycling specialist BODY BIKE prides itself on its world-leading digital and sustainable solutions – solutions that have today seen it presented with a coveted initiative award by Danish industry body DI Vendsyssel.

Of particular interest to DI Vendsyssel was BODY BIKE’s move to replace the traditional bike console with an innovative smartphone solution. BODY BIKE users are now able to sync their bikes to an app on their phones, using the phone screen as a real-time display during the workout – as well as, importantly, taking their data with them, allowing them to easily track and plan their training. 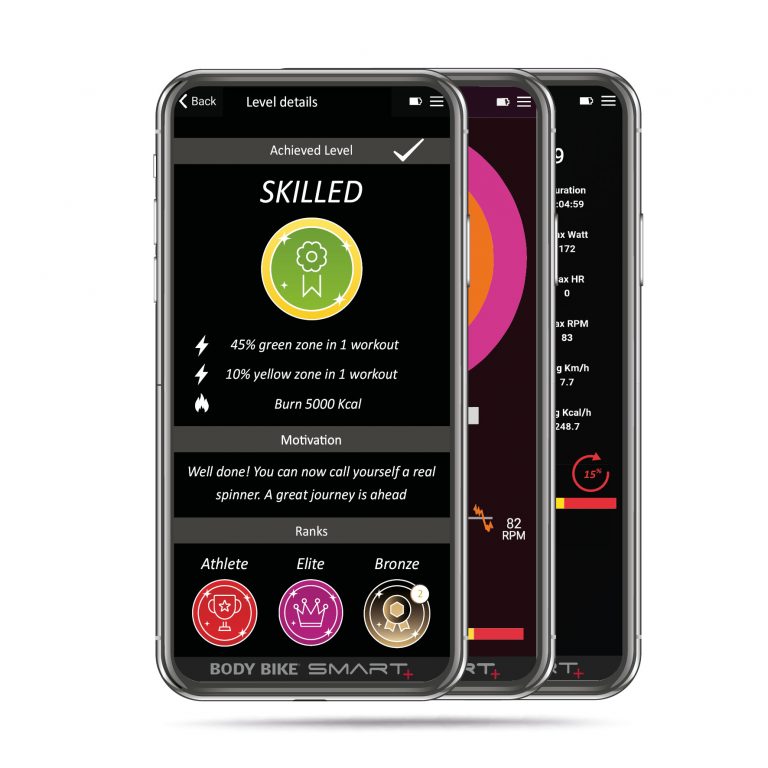 Meanwhile, later this year, a new 21” touchscreen bike will launch in collaboration with virtual group exercise specialist Wexer. Offering a great selection of virtual cycling classes, the screen can also rotate 180° to offer training programmes that can be performed on the floor in front of the bike.

“BODY BIKE has seized today’s digital opportunities and is spearheading a number of exciting developments, with many more opportunities already in the pipeline,” says Richard Fynbo of DI Vendsyssel.

“BODY BIKE has recently hired an employee in the R&D department – an engineer who specialises in industrial design – who will be responsible for further developing the existing app, as well as continuing to digitise the company’s products,” confirms BODY BIKE CEO Uffe A Olesen.

Another exciting BODY BIKE partnership – this time with Plastix, based in Hvide Sande – has led to the development of a more sustainable indoor cycling bike. BODY BIKE OceanIX, manufactured using recycled plastic from old fishing nets, has to date sold more than 1,000 units since its launch in April 2019.

BODY BIKE also publishes its own English-language magazine, RIDE HIGH. Unusually for the sector, but very much in line with BODY BIKE’s out of the box style of thinking, the magazine is not about the company’s own products, but rather is designed to showcase best practice in indoor cycling from around the world – to share learnings, advice and ideas to support and promote the whole sector.

“The company understands how to develop its core products, but at the same time manages to develop new products and services that give customers and users something extra,” says Fynbo.

Having received the DI Vendsyssels Initiative Award 2019, BODY BIKE International A/S is now one out of 18 candidates – from 18 regional associations across the country – for DI’s National Initiative Award. This will be awarded at DI’s annual conference for small and medium-sized businesses in January 2020.

“We are very honoured to have received this award, which recognises our commitment to thinking innovatively but without sacrificing business performance,” says Kim Hessellund, owner of BODY BIKE.

About the Initiative Award 2019

The award is given as a tribute to the enthusiastic, creative and driven players among the small and medium-sized companies in DI’s circle of members.

The recipient of the Initiative Award must have no more than 100 employees; must have created a platform for growth off the back of special initiatives in marketing, technology, education or other key areas; and must have demonstrated a strong performance in areas including turnover and profit.

FSME was established in early 2005 with the aim of providing world leading Sport Surfacing brands to the Middle East. The B2B supplier has since then expanded its reach in to North-East Africa, CIS States, the Indian Sub Continent and beyond.